An introduction to automated flow cytometry gating tools and their implementation

Current flow cytometry (FCM) reagents and instrumentation allow for the measurement of an unprecedented number of parameters for any given cell within a homogenous or heterogeneous population. While this provides a great deal of power for hypothesis testing, it also generates a vast amount of data, which is typically analyzed manually through a processing called “gating.” For large experiments, such as high-content screens, in which many parameters are measured, the time required for manual analysis as well as the technical variability inherent to manual gating can increase dramatically, even becoming prohibitive depending on the clinical or research goal. In the following article, we aim to provide the reader an overview of automated FCM analysis as well as an example of the implementation of FLOw Clustering without K, a tool that we consider accessible to researchers of all levels of computational expertise. In most cases, computational assistance methods are more reproducible and much faster than manual gating, and for some, also allow for the discovery of cellular populations that might not be expected or evident to the researcher. We urge any researcher who is planning or has previously performed large FCM experiments to consider implementing computational assistance into their analysis pipeline.

Bowdish-McCarry PhD candidate, Fan Fei, publishes a protocol she created to study the endometabolome of macrophages and microbes in Analytical & Bioanalytical Chemistry. Click the image for the .pdf. 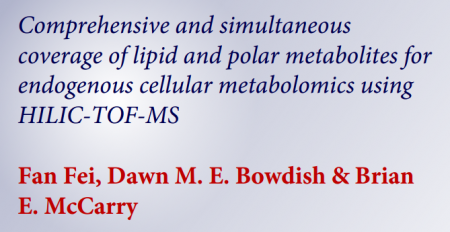 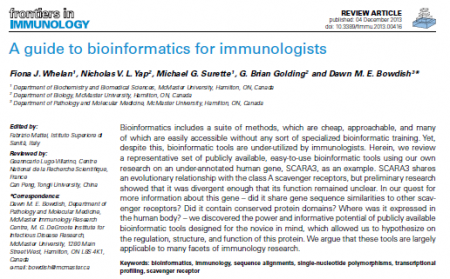